It’s that time of year again when the dreaded tests roll around – with SAT’s completed all schools are feeling quite rightly nervous.

However putting aside the rigours of SAT’s let’s concentrate on the rest of the school and see what’s happening there.

Whichever record keeping system your school has in place should have an ongoing element which records each childs progressive attainment across the subjects. This enables the class teacher to identify areas of weakness for individuals and also across the class as a whole. It also allows the class teacher to adjust his / her planning to consolidate learning and plan future progression. This, as we know, is called Formative assessment.

However there are times during the school year when Summative assessment is needed and these are the times we actively test the children.

Some schools will carry out these tests every 1/2 term and others every term – I have to say I favour termly but that is my own personal opinion.

The abolition of the previous assessment grading system has caused much confusion as schools are now tasked with introducing their own systems of assessment and tracking. There are now no longer the levels as previously used – 2A, 4C, 1B etc  and the SAT’s are now simply presented as a Pass / Fail based on a level score of 100. 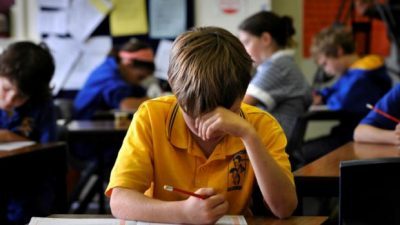 To simplify the discussion here I will assume a school is testing termly – however what I am about to say applies to those schools that use 1/2 termly testing as well.

It stands to reason that each test should reflect the work covered in that term – there is no sense in a test containing questions on work that has not been covered. The only exception to this is obviously the summer term where the whole years work will be assessed.

Once a test has been carried out and the scores obtained then there is a need to do something with the scores….what do raw scores mean?

Well our benchmark can be the National tests and the way that they convert the raw scores to standardised and as such obtain a pass level (100) from which all recorded scores can be judged. 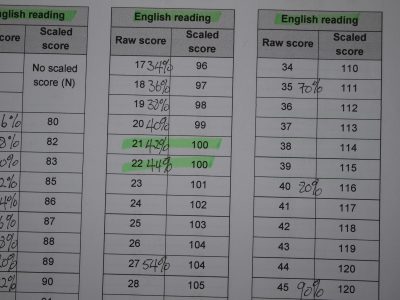 By turning the childrens raw score into a % percentage we can then compare these to the Government tables issued with the SAT’s and obtain a scaled score. This figure will then inform the class teacher and school as to the level achieved which can then be recorded and tracked. 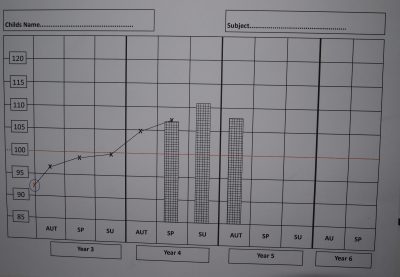 This not only shows whether a child has passed or failed on a terms work but also can show what final level has been achieved and / or progress made. These are done for each of the core subjects and I think I would also introduce a Science test as I do think it will soon be included in KS2 tests.

You can now see from the simple chart above the achievement of each child across the Autumn, Spring and finally the Summer term. The result from the summer term reflecting the summative testing across the whole year in that subject area.

Whatever the time of year that testing is carried out the results must be used to inform future planning. It may be that some re-teaching is identified for the class on a particular aspect or certain children may need focussed interventions. This suggests that the timing of your tests should not be right at the end of a term. The terms work should be planned so that there is time allowed towards the end of a term to address any issues that have been flagged up by either formative or summative records. In this way pupils misconceptions should have been addressed by the start of a new term – or in the case of the summer term…before the school year ends.

Whatever system you use in school should be capable of allowing teachers to record and track  pupil progress and achievement in both a Formative and Summative sense. It should be easy to use and simple to interpret and not be clouded with unnecessary data analysis and statistical gobbledegook! 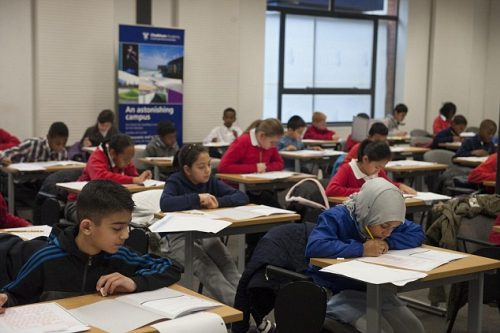 Hope it all goes well!