The Autumn term is like no other in the school year….so just why is this and why should we approach it a little differently?

Quite frankly, it’s that start again feeling and it’s compounded by the fact that you may well have been lying on a beach a few weeks previously and now you are knee deep in planning, backing paper and seating plans….its back to earth with not so much as a bump but rather a huge earth shattering crash!

I have to say I was never an enthusiastic starter of the new academic year – I always sort of strung things out to try to avoid firstly having to think of things and even more actually having to get things prepared. It was certainly with a heavy heart that I finally put pen to paper (or computer) to get some sort of organisation and planning started!

Now you may be different, and I do know colleagues that have actually told me that they look forward to the start of the new term and I have to say annoyingly seem to leap about with genuine enthusiasm at the challenges ahead!

Not for me….I drag myself into the term and quite honestly would appreciate the sort of lead in that the Early years children have when they first start – you know the one…..a few days in  on 1/2 days and then gradually build up…yep that would suit me fine in September. By about October I am sure I would be ready for full time!

So it is against this background of holidays that have finished and the start of paperwork building up again that we begin the term and year. The teacher training day does no favours either as the harsh reality of what lies ahead comes into view…no matter how much we fail to listen and concentrate during the day – this is not going to go away and no, we will not wake up and find ourselves back on the beach!

However it is all not doom and gloom and the classroom that seemed an absolute wreck a few weeks previously does miraculously get sorted out and yes, even though it may be with a heavy heart, the planning is completed and ready to be taught!

At whatever level you teach you will most likely be receiving a new class of children. (I did once have the same class for 2 1/2 years in an inner city school as they were so disruptive and would only listen to me!…but that’s another story…well stories actually!)

Have you ever received a new class and been absolutely amazed at how great they were academically and how well behaved….if you have then that is brilliant! But I am sure that there are many of you that within a week are asking the same questions … 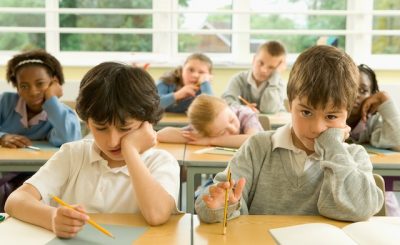 Sometimes these are merited questions and at times not. If you have stayed in the same year group then you will naturally have a comparison with the children that have just completed the year with you and the new cohort that has just arrived – if you cast your mind back a year you probably made the same comparisons with the previous class! If you have a new year group then you will have expectations of the sorts of level you are expecting this class to be on arrival…it’s never that easy and no, it rarely matches what you hope!

Then there is the summer holiday syndrome – the fact that children, “quite rightly” switch off during the summer and forget much of what they have learned. This of course is a major part of the argument behind rearranging school holidays – but we won’t get into that discussion here!

There is a general excitement from children for the start of a new year – yes there may be some who are apprehensive and some to be honest who are frightened, but on the whole children (and parents) are ready to get back to school and meet up with their friends and get some sort of routine going.

The Autumn term is the longest term in the school calendar and as such the 2 halves either side of 1/2 term are pretty long stretches. However it is in the first half term that as a teacher we make our major impact on the class and set out how things are going to be. Yes it can be a struggle at times but it does set the scene for the rest of the year and is an absolute necessity if your teaching and learning environment is to be successful.

In the initial stages of the term it can often feel like you are walking in treacle – progress is slow, you are having to go further back in your teaching programme to clarify or re-teach areas of the curriculum and of course it can at times be uphill with regard to standards of both work and behaviour. Yet as professionals we are aware of the importance of this time and if you are an NQT you will have found this to be true.

However it is key that we stay positive in all our approaches. Yes it is difficult and these early stages of the first term accentuate these difficulties and that is even without workload pressures. It may be that we need to “regroup” or “rethink” things as we go along as every class is different as is every child. But the key to it all is to recognise the small steps that are being made along the way rather than concentrating on just how far away things are from the finishing goal.

If we always concentrate on the un-achieved rather than the achieved then we are simply reinforcing our failings rather than our successes. Don’t forget that the small steps towards our goals will get to the destination…it may take a little longer but for ourselves and also our class we will get there.

I always think that 1/2 term in the Autumn term marks a sort of watershed in the whole year. By this time I will have hoped to have put into place our class routines and all the children will be aware of how things are expected to be…what is acceptable and what it not.

By this time you, as the teacher will have gained an insight into the children in your class both academically and also to some extent personally and will have started to structure the classroom environment accordingly to cater for this. and have made inroads into correcting any shortcomings in the children’s base knowledge.

Let me just add here that if you are an NQT or have a particularly difficult class then don’t expect that this sort of status quo can be achieved easily. There is no need to think that if this is not achieved by 1/2 term then things are going badly or reflect poorly on you. It takes as long as it takes – but do keep positive and do keep consistently reinforcing your expectations and you will eventually reach your goal…remember small successes are to be celebrated. From my experience, tough classes can take the whole of the Autumn term to sort out…so keep going! 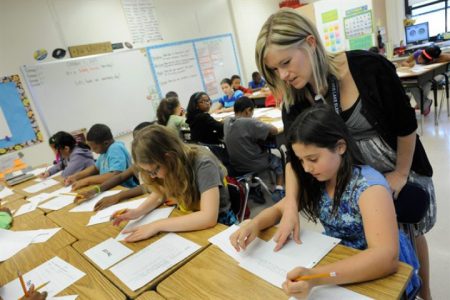 From perhaps a reluctant start in September we have, on reflection and by Christmas, moved mountains. The class now has become “our class” and in looking back you will be able to see just how far things have come.

So do I think the Autumn term is the hardest? Quite possibly yes – not only is it the longest term of the year time wise with its own unique challenges but also there is the fact that it winds to an exhausting high as the children grow in excitement towards Christmas.

Faced with this type of combination there is only 1 thing to do…..stay positive!