Isn’t that a great cake?….I just couldn’t resist having that as the feature photo!

A sort of leap into the unknown!

But how do we know when to “leap,” under what circumstances would we start to think of this course of action?

In broad terms there are 4 sets of circumstances that may cause you to think about changing school….

I am sure there may be other things that personally may affect your decision – but in broad terms the above cover most things.

So let’s look at these individually and see how they pan out.

The school starts to move in a direction that you do not agree with or to be a part of.

This can and does happen more than you may think. The most obvious example of this may be the appointment of a new Headteacher. It is natural, of course, for all staff to be slightly nervous about a new HT appointment, and it is natural that after a short period of time (usually about a term) that changes begin to be implemented.

Now all change seems strange and this is especially so in schools. A good HT will have a plan of gradually implementing the changes that he/ she wishes and will make sure that all members of staff are brought along and feel part of those changes. Usually, and this is why staff are included in these journeys,  subsequent changes may be to improve systems, make for greater efficiency or to streamline processes that already exist. As such the benefits will be seen by all and noticeable in the classroom and school as a whole.

However, there may be occasion, and yes this does happen, when a new HT or SLT starts to take the school in a completely different direction from the one it has previously been following. If there does not seem to be justifiable reason for the changes (change for changes sake) and staff are not included as part of the process, then this can start to cause an unsettling atmosphere in the school. Again, if the changes now start to increase workload without justification (and increasing workload must REALLY have some justification!) then resentment will start to build.

However there are 2 things to consider here –

This can occur with any staff appointment – however has a more marked effect when appointments are to more senior and as such influential posts.

In all walks of life we meet people that we don’t get along with – however when this happens in the confines of the workplace then this can, and does, at times take on a whole new dynamic. The problem can occur from just 1 appointment when the persons character, attitude and approach towards others becomes (and let’s put this simply) unacceptable. The problem is further compounded if that person is in a more senior position.

There should be no tolerance for this type of behaviour in schools and there should be  mechanisms to address things. However these instances do occur and if the schools response is poor in handling things or appropriate action is not taken then leaving the school may be an option to consider.

I can quote a recent example in a school where the appointment of a deputy head 2 years ago has resulted in 1 member of staff leaving, accusations of bullying, the involvement of unions and also the removal of some children by parents.

Promotion opportunities do not, and most probably will not, arise in the future.

It’s not for everyone but there are those amongst us that look towards promotion and an increased role in the organisation and running of the school (but not I have to say the increased workload!). If you are one of those people then dependent on any current responsibilities you may or may not have then your options for promotion will be quite different.

Generally things like TLRs etc are obtainable in the school within which you teach – however if you are aiming higher then it may be that you will have to look elsewhere. This of course can vary from school to school and area to area.

Some schools and indeed some areas tend to have very limited movement of staff – as such, and as the years progress these schools have very experienced and very expensive staff!

As an example I remember a school in York where the majority of the staff had been in post for 15+ years and there were even a couple of staff who had only taught in that 1 particular school and for almost 30 years!

It is in these sorts of situation that promotion opportunities become severely limited – again the initial subject coordinator roles may be available but the “heavier” posts may never arise. It may well be a case of moving schools to get that promotion.

As a final point in this and a question that I get asked from time to time- is it good advice to move schools when applying for senior school posts?

As with all things there is no definitive answer and it really is up to how you personally feel. If opportunities arise within your own school you may be asked to apply for senior positions at these levels. I see no difficulties in applying for or accepting posts up to and including Deputy Head ( I would however hope to be able to see some previous experience in other schools during a colleagues career). However moving from Deputy Head to Headteacher is not as clear cut as it may seem. My own advice is to always move away to a new school to take up a Headship as its role and responsibilities and also, perhaps strangely, your perception by staff, has to be in this new role and to stay in your current post makes this process more difficult. Having said that many colleagues have made great success in such a move within the same school – so this is only my take on things!

You have been at the school for some time and now wish a change.

Teaching is a great career in regard to its flexibility. Whatever position you may find yourself in life then there are always changes that can be made within your teaching career to accommodate things.

So it doesn’t really matter how long you have been at a school nor how far your career has progressed – if it is fitting in with your current life situation then that’s great.

However there may come a time when you get that feeling that you’re in a bit of a rut and you need to change things. Changing schools may be just the thing to consider.

Unlike many jobs there will always be teaching opportunities in the area you live – you may have to wait until they occur but if you are unable or don’t wish to move, vacancies will eventually arise. Personally I have always liked new challenges and fresh situations and as such my own career has seen me move across the whole country in a variety of roles.

Moving areas may not be an option for you but changing schools may be just what you need.

Moving schools either with promotion or without is not as scary as it sounds. Sometimes the idea just starts to creep up slowly and at other times it may hit you square in the face. Whatever your reason it is usually not a feeling that disappears….when you know you know! 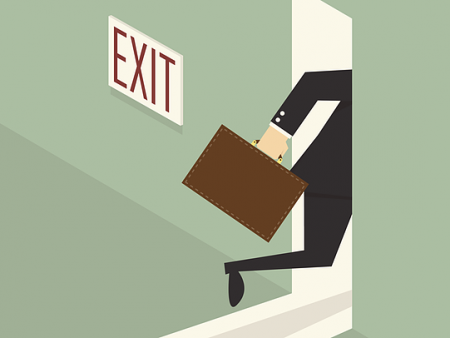