The technological age arrived in the Primary classroom with the introduction of the “class screen” which was going to revolutionise teaching and bring everything into the 21st Century and beyond (sound like Buzz Lightyear!)

So how has this progressed and what have been the results – well in my opinion ….mixed and here’s why.

As with so many other “new introductions” this one was going to be a game changer and life in the classroom would never be the same.

The first screens that I remember received their image from a projector mounted on the ceiling. For those of you who remember these, or perhaps even still have one, then you will also remember the upheaval that occurred when they were installed and other “advantages”…haha

Again these were connected to your computer as with the projector versions and in some ways were better and easier to use. However not everything is as great as it may seem. 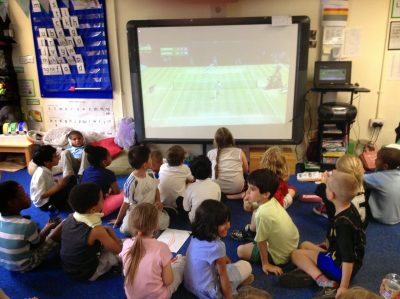 So what has happened to the golden computer age that was so applauded a few years ago?

Don’t forget we are looking at Primary Schools and not Secondary where things are vastly different.

When these screens were introduced a high % of schools removed all the white boards and blackboards from the classroom,  in the mistaken view that the new technology would replace everything …and more! What we found was that, although the introduction of screens gave a new perspective and new addition to our teaching it did NOT do everything we wanted and it also had disadvantages.

Yes, you can use different sources to show amazing resources to fully illustrate teaching – yes there are a million additional programmes specially designed for the technology (but lets be honest we don’t use that many!) and yes it is an incredible tool in the classroom.

But – should it take pride of place and does it supersede everything else? 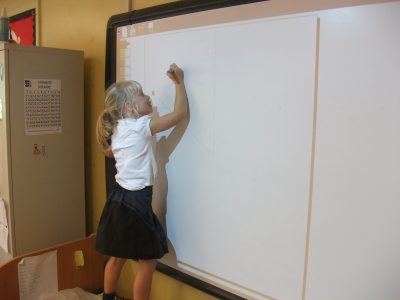 Take a look at the screen above with the girl working – again we see how  the screen is very very big and the girl is having to work so close to it that I don’t think it is healthy  – in addition I would raise questions about its effect on eyesight. Its not like a giant piece of paper its a TV screen!

Ok so we’ve removed all the boards from the classrooms and teaching is now centred around these boards. However has the golden age arrived or has the gloss tarnished a little???

I am happy to say that things are becoming a little more reasoned – the use of computers now in Primary Schools is becoming a little more realistic. As the government has now drastically reduced its IT budgets to schools we are seeing the “laptop revolution” start to fade as schools do not have the money to either buy / replace or maintain mountains of laptops that were bought when the “craze” started. Yes they were great when they were new and worked properly, but further down the line….well if you’re in a school that still can afford to operate trolley loads of laptops then you’re in the minority!

Along with this there is a gradual realisation that huge teaching screens do not replace everything in the classroom and that when this is attempted it reduces the teaching options in many areas.

So what we are seeing now is the introduction of smaller screens in classrooms which do not dominate the room. They are large enough to be used and seen by the class when necessary but can be easily switched off when other teaching tools are needed. The return of the previously removed white boards can be seen as teachers realise they are an important and immediate teaching resource. In some cases the white boards are now cunningly placed to slide across in front of screen when needed… 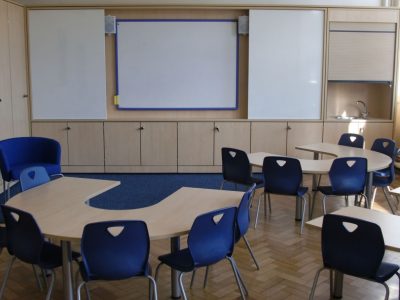 In summing up then – from the initial over emphasis on the new technology we are now seeing a more sensible and combined approach. The use of new interactive whiteboard technology is a great addition to the classroom. But it needs to be put in perspective…its an addition to our teaching resources and in my opinion everything should not revolve around its use.

The complete teacher draws on a variety of resources to best present to and teach the children in the class –  each resource providing vital links towards the  overall learning goals.

Both teaching and learning are multi faceted skills and it is up to you as the teacher to decide which combination is right for both you and your class. 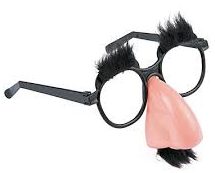