Golden time in Primary schools – what is it, when is it and how does it operate?

Golden time is a time set aside during the week when the whole school stops the teaching timetable and engages in some fun and different activities. Golden time is usually held (but not necessarily) on a Friday afternoon at the end of the week and more often than not follows the weeks final assembly / good work assembly / merit assembly, and usually lasts from between 30 minutes to an hour.  However this can vary from school to school so whenever it is set and for how long, just go with it.

We all stop lessons and do some fun activities – however once again there are a vast array of approaches adopted by schools. 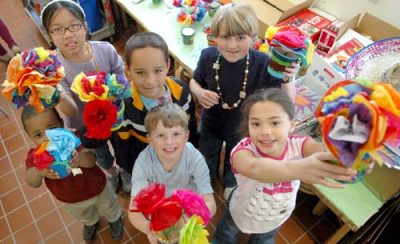 The best Golden times are, in my opinion, those that have organised learning. By this I mean its an opportunity for children to undertake learning activities that would not normally occur during the taught week – and possibly with a different member of staff.

The list could go on and more often than not reflects the strengths and interests of staff members.

At the beginning of a term or even half term children are given the opportunity to select their Golden time activity and things are organised from there. The only difficulty being, of course, the differing age ranges of pupils and matching this to the accessibility of the activity – or in differentiating the activity so that children of different ages can take part together. (your school may decide that this is too difficult to organise and as such provide activities levelled according to age). Class teachers are given responsibility for the organisation and running of these sessions and I would hope that there would be a small budget that would accompany this to allow for extra resources to be purchased if needed.

All sounds great fun and it is – but there’s a flip side to Golden Time and this is it….

Golden time has to be earned – well generally not technically. Lets put it the other way around…Golden time is there to be lost !

Again I am having to give an overview here, but from my experience this is how it is usually used. Golden time is used as an encouragement to children to behave, in other words it is used as part of the schools behaviour policy and approach. Should it be used this way – I think yes…so lets look at how it should function and some pitfalls and easy mistakes that are made in its use this way.

Every child, each week has by default the full amount of Golden time – so on a Monday morning everyone has lets say 40 minutes Golden time. According to how each child behaves or works they can preserve this Golden time or deductions can be made – so if child A has a poor week then they might only be left with 15 minutes of Golden time. Children who lose Golden time have to speak to a senior member of staff about why they have missed this time…this often happens in the school hall or spare room as across the school there may be quite a few who are missing various amounts! When the lost time has elapsed the child is allowed to go to their chosen Golden time activity.

I have seen this operate in reverse in some schools where children have to earn their Golden time – but its time consuming for the teacher to operate and keep track and more often than not on the day before Golden time the teacher has to hand out “awarded time” like confetti….its easier to use the default system! 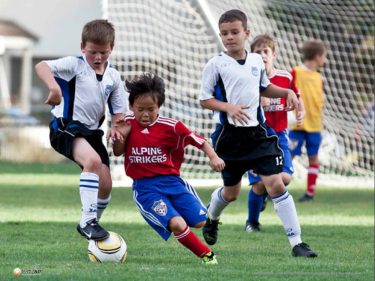 The problem comes when we consider the place of Golden time in the schools behaviour strategy. Golden time should be regarded as a special time to celebrate the week and enjoy time in other activities and with other friends. As such it should NOT be used as a behaviour strategy too early in the schools behaviour approach. The school needs to have other incremental steps to managing behaviour before Golden time gets a hit…this stresses how important and special Golden time is and also how as teachers we are disappointed and saddened to have to deduct some Golden Time.

If Golden time is used to prop up a failing behaviour policy or used as an immediate or early step in a process then it signals to the children that the system is unfair, Golden time is not special and if it all runs out then who cares! Simply put – if you use your big guns too early then what else have you got!

The other factor concerning the use of Golden time within any behaviour strategy is the immediacy effect. For any sanctions or punishments to be effective then we all know they should be either immediate or pretty soon afterwards – break time / lunchtime . This links the action to the sanction (almost rhymes there!) and so reinforces the lesson learned.

If our sanction relies on Golden time – which happens once a week and is 4 days away….you see where we are going with this. By Friday the reason for the loss of time has been completely forgotten by the child (and probably by the teacher as well unless you have recorded it) and the link has disappeared.

So there you have it – Golden time in schools. I have to say I do like it and properly organised and run its a great informal and relaxed learning opportunity for both children and staff that steps outside the weekly timetable.

Its a positive addition if time is taken to implement it properly and an opportunity to extend the curriculum with new and exciting activities – have fun!

Primary Practice would like to invite you to join our NQT and trainee teacher Facebook group https://www.facebook.com/groups/1347401775298840/?ref=bookmarks