Yesterday I received my invitation to attend the school play at a local village school….

This was the cover 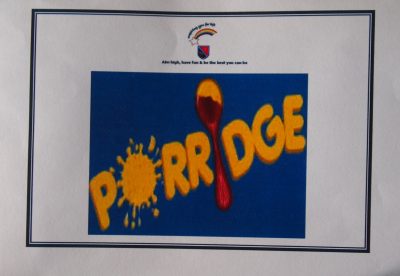 and this is what was inside … 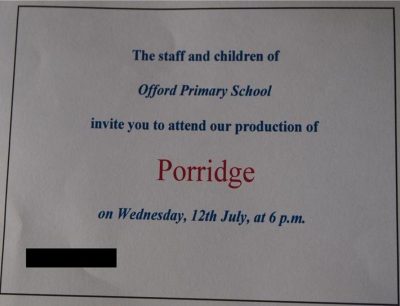 I have already made a note of the date and will, of course, be attending!

What skills do you have Dr Watson?

I will admit, as regard the Arts and especially “performance art” – absolutely none at all…but in the case of Primary school plays; enthusiasm and energy are the only pre-requisites for all members of staff.

It has often been said ” never work with children and animals!”….and having been part of many school plays I can wholeheartedly agree. Not that I have ever taken major organisational roles; but I have seen the whole process reduce grown men and women to gibbering heaps on the hall floor as I tactically hunkered down behind the lighting console! Just for the record – in all my 30+ years in Primary Education I have only ever seen 1 donkey “live” on stage….it was a heart stopping moment as the whole audience waited for it to go horribly wrong (sadly it didn’t!)

On my advice – never be in the latter. I will freely admit that there are members of staff that are more suited to the organisational rigours of school plays ….propped up by Valium and strong coffee (often taken intravenously via a drip) they carry all before them. Marshalling not only the T.A scene builders but turning the most unsuited and unpredictable children into veritable thespians under the stage lights!

I am not one of those people – never have been and never will be (and more to the point will never volunteer to be!)

No, my skills in this area lie elsewhere…..(in fact at times anywhere else when it becomes fraught!)

Armed with this tactic you would always hear me piping up for “doing the lights” or ” managing the sound”….or, in my declining years, “having my class as the CHOIR.” 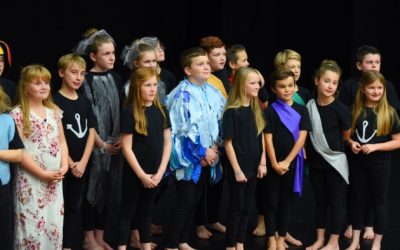 Lighting and sound: In lighting you will generally be given a free hand due to the fact that no one really understands how the console works and so long as the stage is lit then we are all happy! – if you plunge it into darkness at any stage then there will be questions asked but apart from that, all you have to do is match a few sliders against the script!

Sound comes in 2 forms depending on how tech your school is. It may consist simply of turning on the “Coomber” when the song music is needed (again script following) or if you have a microphone system the you could be operating that as well. For the technically minded – if you have more than 1 microphone then you need some form of ID both on the actor and the control system so that you can fade up and down on the right person….you quickly become a vital cog in the machine with your technical knowledge!

Choir: In my time of hovering around Y3/Y4 we always were tasked with being the choir! Whether it be for the Nativity or for the end of year performance  we always drew this straw – and to be quite honest we enjoyed it….no we really did.

Never blessed with any singing talent what we lacked for in “angelic voice” we more than made up for with enthusiasm and VOLUME….yes we could really belt out a tune!

In an attempt to get artistically creative we then moved into the realms of musical accompaniment. So we had a band…well not really a band but we introduced instruments into our songs. Now bear in mind only rarely will you have anyone musical in your class – and in mine, being tone deaf ran like the lettering through a stick of rock. However not to be discouraged and in our bid to expand the repertoire we chose simple instruments we could use.

Now don’t think for one second that this was the percussion section of the Royal Philharmonic…but we could, with practice, hit, shake and bash in all the right places of each song and we even reached the dizzy heights of lowering the volume for particularly sad or emotional moments in the play!

Whatever it was – we were having fun and the audience loved it – our crowning moment musically was our introduction of the large cymbals to the infant Nativity. 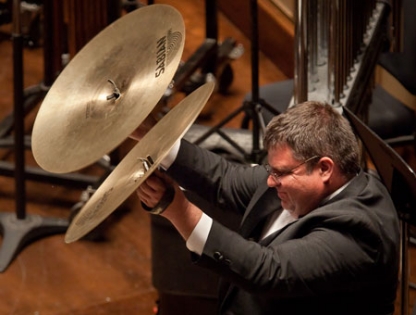 Right on cue; one member of the class crashed these cymbals together with devastating effect….it was fabulous! (in practice every member of the cast had their hands over their ears….!)

However…. these were my contributions towards the performances and I am quite aware that they were supporting roles to the main acting. There are 2 things that you need to know about putting on Primary School plays –

So as the summer term winds its way to a close; the end of year actors will be readying themselves for the big night – fraught staff will be declaring that it’s nowhere near ready and more and more practices will be scheduled.

However it turns out, it will be a great end to the summer term and for the leaving Y6 – as for the Y3 / Y4…well of course we “stole the show” – because as I keep telling them “we are the best singers in the school!” 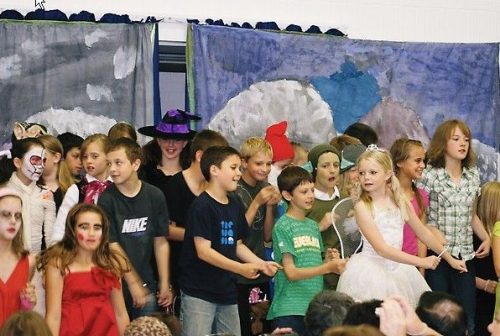