In continuing our look at the contents and opinions of the recent HMCI report (Oct 2017), let’s now turn our attention to the thoughts that are put forward as regards the perceived narrowing of curriculum delivery.

However let me firstly remind you of the 3 areas that in part 1 I postulated were hugely influential in all this:-

From the report itself comes this statement:

“This is not the first time we have seen evidence of a narrowing curriculum in primary schools. As far back as 2001, we reported that the National Literacy and Numeracy Strategies, along with increasingly demanding performance targets, had adversely affected the breadth of the primary curriculum. Our subject reports on art and design and history similarly raised concerns.” 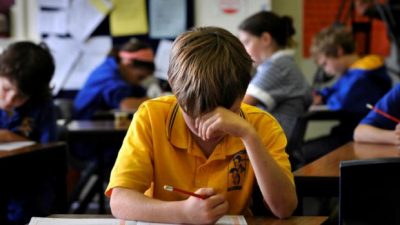 There can be no doubt that the breadth and depth of curricular focus has shifted towards Maths and English often at the expense of the other curriculum subjects. But why has this happened – what are the drivers behind this and the underlying reasons that this has been done?

Whilst Ms Spielman talks, quite correctly about the mistakes of “acing tests at the expense of learning and substance” she either overlooks or has no understanding as to why this is occurring.

The bottom line here is that Primary Schools MUST do well in the SATs tests – it’s a simple fact….perform poorly or have a lower cohort for 1 year and the ramifications are enormous. Faced with this sort of dilemma then ACING the TEST becomes and end in itself…whatever the cost unfortunately!

But this is a situation that is created entirely by outside influences – no school wishes to have to deviate from a philosophy of a broad and balanced education where every child can achieve to the best of their ability….yet faced with these sorts of pressures and demands; our philosophical statement seems to exist solely on the home page of our school website!

Let me give you an example to show how this problem manifests itself.

I was having a chat recently with a Secondary colleague who is an English teacher. I asked what she thought of the new skills and knowledge that the Primary children had when they arrived at Secondary school. Her reply surprised me in some ways but in others did not.

” Yes they all arrive with this “in depth” technical knowledge ….they can all identify adverbials etc, but ask them to just write a story and they can’t do it….we have tears! They can’t do the basics and in my opinion are being taught the wrong things!”

Whilst I am in total agreement, as I am sure you all are, that children should have a mastery of the basics of Maths and English – the problem at Primary level is that the curriculum does NOT present the basics of Maths and English. Instead it provides excessive content and challenge for this age group and includes prescriptive content that is both inappropriate and irrelevant. As colleagues struggle to present increasingly complex material to young children, this question needs to be asked…and indeed should have been the starting point for building the curriculum…

“just what are the “age appropriate” skills and knowledge for these children in this particular subject area.”

If the curriculum was designed from the outset with this in mind then I am sure we would see a completely different structure! 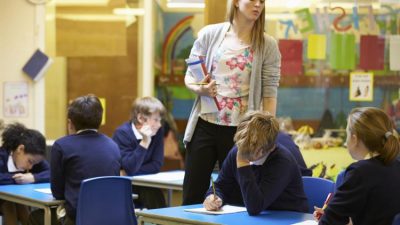 In combination therefore we can see the storm brewing. The elements are starting to build.

But just how concentrated and focused are schools now on preparing for the tests. In the report 11 Primary schools were visited and asked about their preparation schedules for KS2 tests!

“Preparation time for the tests varied between a few weeks in the lead up to the exams and a longer sustained period, typically from the end of the Easter holidays, but sometimes from Christmas. The leaders of one school informed inspectors that their pupils sat test papers every week in Years 5 and 6.”

So how honest and how realistic are these responses? I would hazard a guess and say that HT’s were underplaying the degree of focus that they are giving to the tests. Nobody is going to admit that most of Y6 is geared to getting ready for the SATs tests but yet in reality as soon as the curriculum is complete it becomes SATs preparation. Would you really only focus for a few weeks ?…well not in the schools I have been in! With so much at stake and the pressure of receiving poor results then in reality Y6 is really SATs year in a high % of schools.

Ms Spielman goes on to say that too much testing in schools (not referring to SATs particularly) does little to increase the child’s ability to comprehend instead she postulates “a much better use of time is to teach and help children to read and read more.”

The focus of OFSTED has changed over the years and quite rightly so. What started out as a “good idea with dire implementation” has slowly (too slowly) evolved and I think will continue to evolve under the guidance of Ms Spielman.

However its focus has moved away from the longer inspections to short sharp  checks (except in the cases of problems with SATs results and perceived poor performance) that rely a lot less on lesson observations and more on the record keeping and what is observed in children’s books. This of course exacerbates the problems with curriculum narrowing…here’s a surprising example that recently came to light. I wrote an article with regard to practical work in Maths and asked the question ” is is still possible to do practical work with all the pressure on curriculum time?” Although gratifyingly many responses were positive about the practical benefits there were some that were not –  including this one….

” We don’t do any practical work in Maths – Ofsted are only interested in what’s in the books!”

Rather like the comment made in yesterdays Part 1 about “whats the point in assessing foundation subjects”…its shows a worrying trend in thinking and gives concern as regards to the driving forces behind it.

In addition to all of this is pupil tracking and the small industry that this has become. Again one of the areas of focus for OFSTED; schools are tracking children and the statistics behind all this are almost to the point of overwhelming. With OFSTED wishing to inspect these procedures and asking as to the schools response to findings, we now have the INTERVENTION revolution.

Increasing numbers of children are now being identified as needing intervention! In the past removal of children was limited to those requiring SEN input as and when necessary. However more and more children are now being removed from class (and of course the curriculum) in order to get them up to speed. Has this mushroomed in your school – only you can give the answer. Is this another contributing factor in the narrowing of the curriculum?

Let me finish by putting in a few reflected view of Parents as stated in the HMCI report….Parents are only too aware of the effects that these pressures are having on their children. Naturally they do not see the opposing pressures on the school and staff and so cannot appreciate the reasoning’s behind decisions taken…but are naturally concerned.

However let us not forget that the ultimate goal of all the factors written about here is to provide the best education that we can for the children in our care.  What we have to consider, both from the point of view of Ms Spielman (OFSTED)and of schools is whether the measures that are in place actually aid this process or hinder it?